How a car differential works & warning signs it may Fail 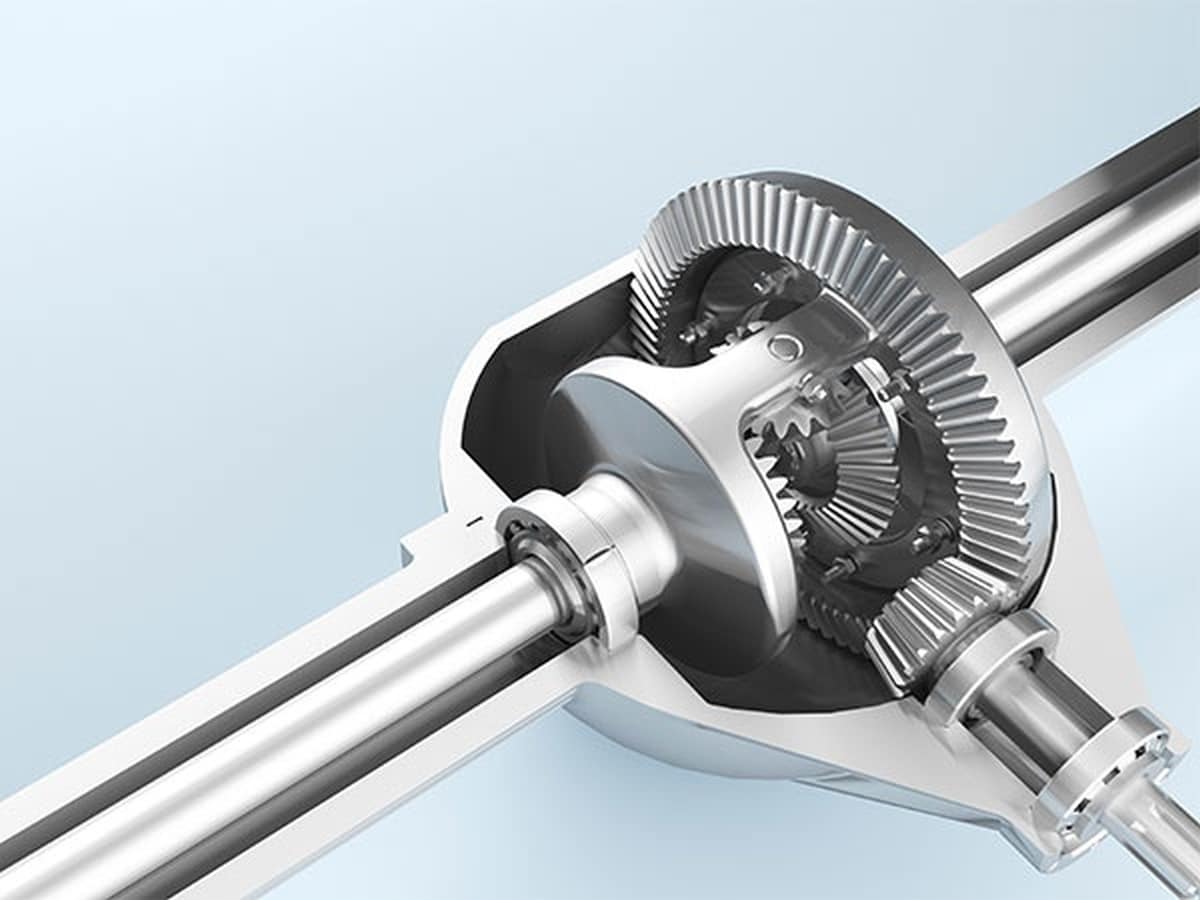 Many people hear the word differential and think of 4WD/AWD vehicles but what is a differential on a car/truck? How does it work, are there different types, what is a gear ratio, is it the same as a transfer case? Most importantly, how you should maintain it and how can you tell if it is failing. Keep reading to find out!

DIFFERENTIALS ROLE IN THE DRIVETRAIN
Differentials receive power from the driveshaft and deliver it to the wheels. A differential consists of many different components. The driveshaft typically connects to the pinion shaft/gear through a universal joint, the pinion gear spins a much larger ring gear, attached to the ring gear are two parallel spider gears that then attach to side gears that are at the end of the two axles. The axles then attach to your hub, which is the piece that connects to your wheel. All of these things together allow the wheels to spin at different speeds and are pivotal in turning.

When you make a turn, one of the wheels on your differential must turn sharper than the other and therefore it is necessary the differential has the ability to allow the wheels to spin at different speeds.

GEAR RATIO
A differential gear ratio is the difference between the number of teeth on the ring gear and the pinion gear. If your ring gear has 41 teeth and your pinion gear has 11 teeth (pinion gears are always smaller) than your gear ratio would be 41/11 or 3.73. This means that the driveshaft (remember the driveshaft is directly connected to the pinion gear via u-joint) would have to spin 3.73 revolutions for the wheels to turn 1 revolution. This seemingly complex system allows manufacturers to control torque/acceleration and top speed capabilities based on the car’s functional purposes. The higher the gear ratio (e.g. 5.13), the more the driveshafts have to spin to turn the wheels. This is great for vehicles that need more torque such as trucks because it raises their towing capacity. A higher gear ratio typically consists of parts made from more durable materials as well, which helps ensure keeping work vehicles on the road. A lower gear ratio (e.g. 3.73) makes the driveshaft have to spin less to achieve more rotations at the wheel, this is good for smaller cars that don’t need as much torque or power distributed to the wheels. These cars are more fuel efficient and better for highway use.